21 July, 2019
مدیریت
Dams
No Comments
The concept of the dam in the Persian and Arabic culture is so clear that both in the engineering community and in the conceptual community, there is no need to explain that even its derivatives are quite cognizant in our culture, such as the dam, the dam, the block, the blockage, and … However, its specific meaning is a building that separates a part from another and is often referred to as a wall or structure that prevents water movement (in whole or in part) in order to save water or to deviate.
From the point of view of executive regulations, assessments and ratings, dams are divided into two groups:
The Great Dam is based on the accepted definition of “iGold”, a barrier that:

1) its height (the distance between the lowest common surface to its crown) is more than 15 meters;

2) If its height is from 10 meters to 15 meters, it has one of the following conditions:

A) the length of the crown is not lower than 500; b) the capacity of the lake resulting from the dam is not less than 6 10 cubic meters; p) the maximum discharge of the flood is less than 2000 cubic feet per second; d) the dam has complicated problems or difficulty in the foundation So that there is a need for specific studies and solutions. E) There are some unusual issues in the design of the dam.

Types of dams can be classified from the standpoint of materials, construction form, purpose of dam construction, type of overflow or other features. What is commonly seen in naming is: a concrete concrete weighbridge whose stability is based on its weight, an arched concrete barrier that may be single-arched or two-arched, a reinforced concrete barrier, a lime barrier (which Stone and pebble is also called) and earthy and clogged barrier, the dam is dirt and rocky. In small, temporary and in general local areas, there are also dams made of wood and construction materials. As an interim design, it has recently been mentioned as a short rubber duct, and the construction of water curtain walls is also common in order to maintain low water heights.

If the dam is relatively large and its purpose is to create water storage, it is called the reservoir dam. And if the purpose of the construction is the diversion of the river or the temporary or permanent dividing of the water, it is called a diversion bar or deviation. The height of some deviant sections may reach 8 meters and even 10 meters. In different species of dams, the overflow of the dam may pass through the dam or a different direction. In the case of concrete dams, it is usually not difficult to pass the overflow from the dam. However, in the case of dams and terraces, the prediction of a spillway from the crest of the earth’s dam is to assume a great deal of danger, and this is almost always the overflow of the dam in another direction It is designed on the dam body. Exceptionally, a number of earth dams overflowing on them have been reported.

Soil dams have been damaged more than concrete dams and, according to ICOLD reports (eg 1983, a), out of 14700 dam examined, 1150 dam (ie, 7.5%) had serious defects and 107 cases (ie, 7 / 0%) have been destroyed. More than 50% of damages or injuries were dams during construction or at first filling. The possibility of demolition of soil dams constructed before 1930 is 5 times higher than the probability of damages caused by water overflow from the dam. About 80 percent of all dam ditches with an altitude of less than one meter and dams are mostly in the same group. At the same time, looser baskets have been less damaged, but they have been more damaged.

Referring to some statistical figures in a technical discussion, even in an exemplary and concise manner, illustrates the engineering characteristics of designs compared to each other and indicates the relative importance of some projects. Here some information is cited from various sources, although it is not possible to claim that the right to the material is expressed in terms of all time records.

The oldest dam in the world

Probably the oldest dam in the world is the Alfara Dam, 16 kilometers southeast of Helwan in Egypt, built between 2750 and 2950 BC (5000 years ago) with a length of 115 meters and a height of 12 meters. Some historians say the first barrier in history dates back to 4,000 BC, with a length of 475 meters and a width of 15 meters, which was exploited 4500 years ago. Also, the dam was built at a height of 3.2 km and 36 meters in height and 15 meters in width in Yemen, which dates back to 1700 BC and was destroyed by floods in the third century. Darius Dam over the Chira River, over 2500 years old, and the Bahman Dam has a life span of over 2000 years and a dam in Shushtar with a life span of 1,700 years, and Band Amir on the Chira River, which is 1000 years old and is still in operation. Bars or ancient dams are considered.
The world’s largest dam

In fact, the concrete structure is the Grand Cully dam on the Columbia River in Washington. The length of the crown is 1391 meters and its height is 183 meters, its volume is 8.5 million cubic meters and its weight is 21.6 million tons. The power plant is capable of producing 9780 megawatts. The study began in 1933, starting in March 1941, and was completed in 1942. The cost of construction was $ 56 million. 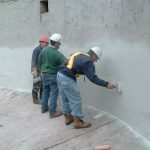 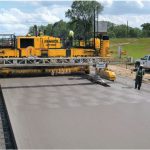 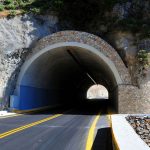